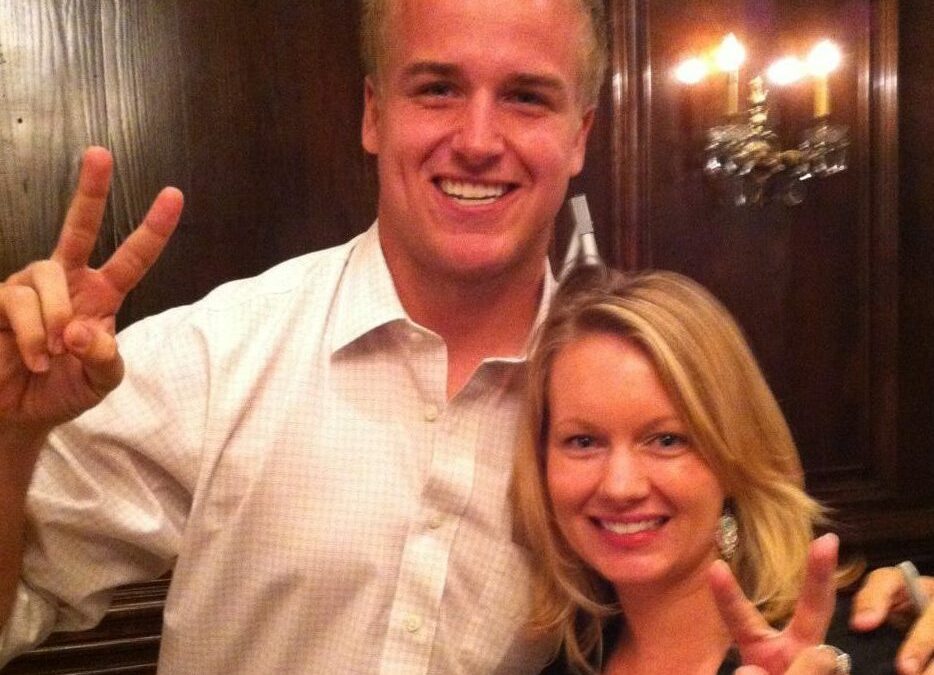 10 Years of Building The Brummitt Group Family: Where it All Began

Hi there; it’s Amanda.  As hard as it is to believe, The Brummitt Group celebrates it’s 10th anniversary this year!  It started with just me and a plastic desk from Costco.  Over ten years, The Brummitt Group family has grown and evolved.  Join us for a series of posts about our team, our clients, and the projects that have shaped us.

So, how did it all begin?

To think about the start of The Brummitt Group, I have to rewind … to 2005.  I was working for HCA Inc. at Las Colinas Medical Center (now Medical City Las Colinas).  I was the Director of Physician & Business Development, Marketing, and Managed Care.  Not a typo.  I had all those jobs thanks to Dany Decell and Doug Welch condensing roles and cobbling together an amazing position.  My ultimate goal was to be a hospital CEO.  Within HCA, the fastest way to do this was through the COO Development program, and to apply, I needed a master’s degree.  I had an undergraduate degree in business and wanted to stretch myself, so I considered JD, MPH, and MHA.  I landed on JD because law had always fascinated me.  The night before my LSAT, Doug Welch called me.  Doug had always been a bit of an unofficial mentor for me.  The short version goes like this:

I bailed on my LSAT and narrowed it down to two in-classroom Executive MHA programs, University of Southern California and Cornell.  USC won out.  With a lot of my family in San Diego, I thought I’d get to see them since I’d be spending time in LA.  I didn’t.  During the 17 months that I cranked through a 34-month program, I didn’t have time to see them even once!

USC was an amazing experience.  Our faculty were incredible … many sitting CEOs of large organizations.  And my classmates were pretty impressive, too!  We had doctors, lawyers, health plan execs, hospital execs, lobbyists, and IT execs.  It was like going to a conference every weekend when we had class.  Oh, did I mention it was weekends in LA?  Yep, I was very blessed to have an amazing boss, Dany Decell, that worked with me on my schedule.  I was a full-time hospital executive, single mom, and traveled to LA every other Friday – Sunday for class.  Yes, I might have been working during class…but it worked out just fine! 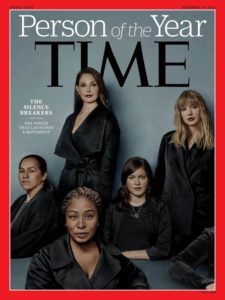 About those classmates … I met one of my very best friends who was definitely a key to the Brummitt name.  She set me straight when I was unclear whether or not I was ready to get married.  I was.  She knew it.  But, I’m getting ahead of the story.  We were both “commuter” students and instantly hit it off that first weekend of class.  At some point, we had the conversation about how silly it was for both of us to be paying for hotels/cabs in downtown LA and started sharing a room, and effectively became roommates.  She helped me with public policy and I helped her with finance.  Oh, you may have heard of her.  She’s sorta famous.  She was on the cover of Time Magazine for being a Silence Breaker and speaking up to eliminate discrimination, sexual harassment and assault within employment and academic settings.  Yep, I knew Adama Iwu when we were grad school students just trying to get a paper written so we could live the LA high life on a pooled $20!  Our cohort really was amazing.  Just Google Henri Ford MD.  Amazing surgeon and humanitarian.  And we got to do group projects with him!  His online profile doesn’t come close to how fantastic he is in person.

Early Spring 2008, I was in the doctor’s lounge at Medical City Las Colinas and one of the physicians randomly suggested that I should start my own consulting company.  It was either Ted Krum MD or Steve Hoffman MD.  I don’t remember what sparked the conversation or which of these brilliant ObGyns said it, but I quickly dismissed it.  (THANK YOU to whichever of you guys suggested this!).  I had several of these odd moments where the idea came up, but I just wasn’t really interested in leaving hospital administration.

A few weeks later and nearing completion of my program, I’m sitting in my Physician Practice Management class taught by Michael Harris and had an epiphany.  Harris, who had been the CEO of Healthcare Partners, a large practice in Torrence, CA, told his personal story of walking away from this dream job to start a consulting company.  All of his reasons spoke to me.  I had never planned to walk away from the corporate life.  I loved HCA.  I loved being in hospital administration.  And, all of a sudden, his personal story rocked my plan.  (THANK YOU, Michael Harris!).

I was also about to get married to the ever-amazing, Bret Brummitt.  We had big plans … all of which included me being a hospital CEO with a large steady income, health insurance, and retirement.  He was on board and supportive of trashing all those plans and taking the risks of me starting a company.  Did I mention he was (and still is) self-employed?  Yep, two self-employed people which was terrifying to me as I’m pretty risk averse.  But, he had faith in me and pushed me to go for it.  Hence, the name of the The Brummitt Group!

Now, to clear up some misconceptions about The Brummitt Group.  No, Bret doesn’t work here.  No, Bret doesn’t own it.  And, for goodness sake … No, Dalia, Lian, Lillie, and I don’t work for Bret.  I just named the company after him … and someday plan to get around to legally changing my name to Brummitt.  Thanks to Bret for believing in the vision!

That’s the beginning in a nutshell.  Huge thanks to the people that influenced me along the way…whether they knew it or not!!  And, in case you were wondering what happened to that plastic Costco desk…it gets used every now and then for a health fair or open house. 😉