In Fall of 2010, The Brummitt Group had just celebrated our second birthday and was plugging along with three employees.  We were working on projects for many clients, including the first three that we’ve talked about in previous posts.

And then, Doug Welch called.  As you may recall from the first post in this series, Doug has a knack for making phone calls that change the course. 🙂 He was the CEO of Medical City Lewisville.   The phone call went something like this:

Doug: My anesthesia practice is looking for a CEO/COO with strong recruiting and business development skills.  I know you are doing your own thing, but I think you’d be great if you are interested.

Amanda: I’m flattered you thought of me, but I love what I’m doing.  I’m working in my pajamas right now.  Why would I ever give that up?

Doug: They are really good docs and I think you’d like them.  Will you just do me a favor and meet with them?  If you end up not being interested, then maybe you can help them find someone.

Amanda: Sure, I can do that.

Amanda met with Norm Rice, MD and Stephen Ellis, MD of Metro Anesthesia a few weeks later.  She was impressed with the doctors and felt like it could be a great project, but wasn’t willing to give up The Brummitt Group.  She pitched to them a consulting gig.  They countered with going through the interview process and then only considering a consulting gig if she didn’t want to work directly for the group after that.  Clever guys!  She interviewed with their Management Committee and it was a great fit.

She’s still not sure how she got talked into it, but Amanda accepted a full-time position as their Chief Operating Officer!  They did agree to allow her to continue with The Brummitt Group.  It was a wonderful experience that stretched her skills, taught her a ton about hospital-based practices, and deepened her knowledge of anesthesia, revenue cycle management, and operations.

She got to work on a public education campaign with other large anesthesia groups about why you might want a Physician Anesthesiologist for your care, DoctorByYourSide.org.  She helped Metro produce their first press releases and improve their marketing materials.

She worked with the group to formalize many of their operating practices, negotiate hospital and payor contracts, improve their Requests for Proposal, and managed the day-to-day operations of the practice with the help of a great internal team, many who grew in their positions!

I knew a lot about anesthesia as it pertained to patient-care and hospitals, but nothing about how they got paid, how they scheduled, and daily operations.  I think I learned the most from Dr. Rice’s drawings.  He would create these elaborate charts by hand and run the numbers on staffing/revenue/anything else you needed on hand or in his head!  So smart!!  Of course, I needed it all in Excel.  But, I had to learn the why before I could learn the how.  Putting Dr. Rice’s brilliant plans into Excel formulas/charts was a great way to learn!  After just a few months, I could build sophisticated models…and learned quickly because he started with the why.  – Amanda

A little over a year into it, Amanda was loving Metro, but felt like she wasn’t giving enough of herself to The Brummitt Group.  It’s hard to do two jobs well, and it took losing a key employee at The Brummitt Group for her to see this.  With much sadness, Amanda resigned her position at Metro, or at least attempted to.  Apparently, the relationship had come full circle.  Richard Haldeman, MD countered with a consulting gig!

Amanda gladly accepted the offer to continue her operational/strategic responsibilities, and The Brummitt Group enthusiastically assumed many ongoing and as-needed responsibilities at Metro including launching a Facebook page, graphic design, printing, press releases, and website updating/design. 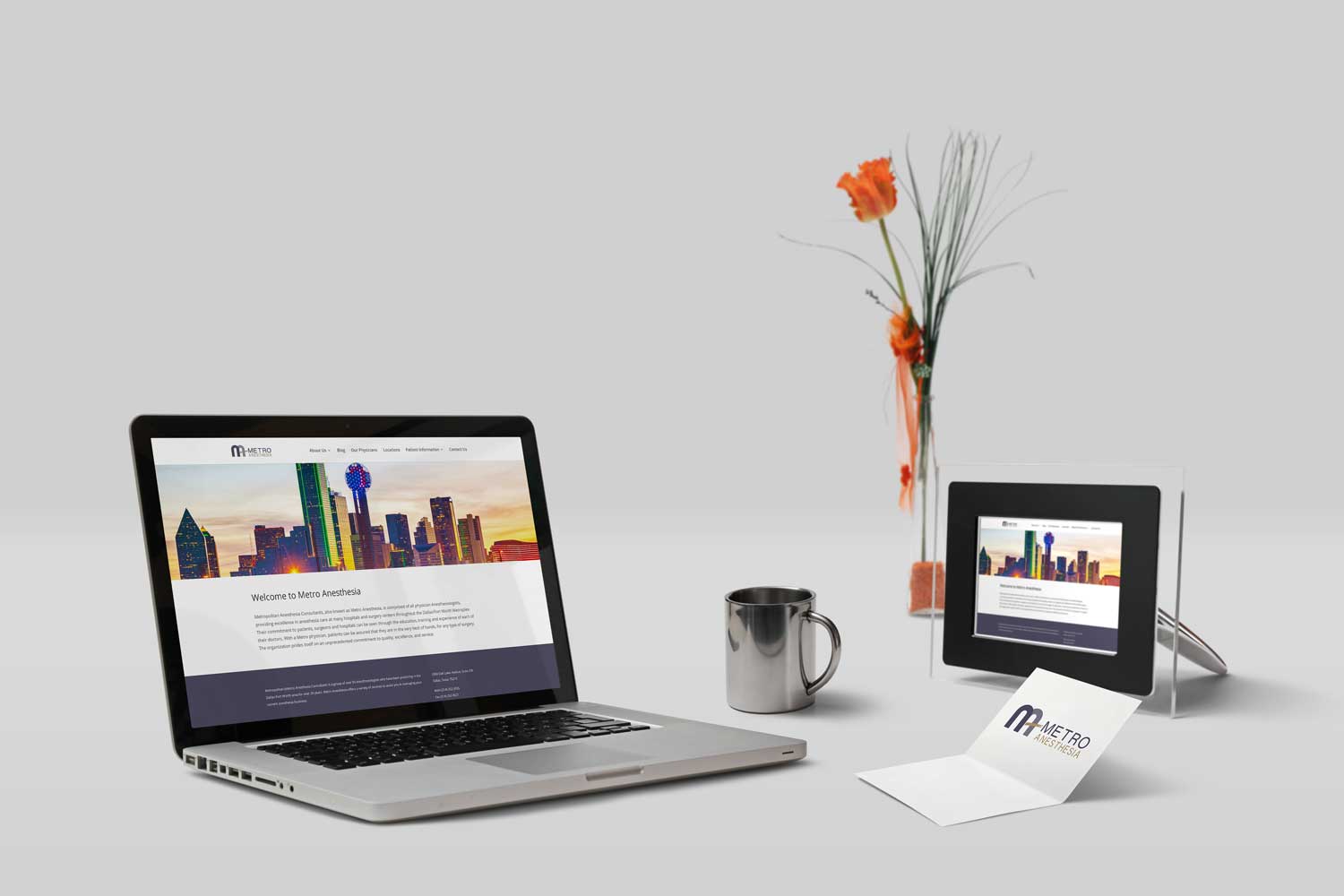 We had a blast working with the Metro team on everything from quality initiatives to patient satisfaction to branding and even revenue cycle management with the awesome folks from abeo!

And, they are some of our very favorite anesthesiologists!  You only want the best putting you to sleep…and we trust Metro Anesthesia.